From the host family view

For a long time many have all wondered about a few things about host families, especially about the host parents from the program. Host families who contribute a great deal to the program and have had intriguing experiences throughout have share with me what they have encountered. It is interesting how two completely different cultures meet and yet fit in right alongside one another. So many host families all around Mukono have so much to tell. Yet for this time we would like to share how this semester has been. Here are a few prospects views of USP students from their host families...


Kitamirike Henry and Jane, host parents to Andrina have been part of the programs since 2005. They hosted a boy for the first time but realized that because most of the family members are females, a girl would fit in even more. For the first four semesters, they hosted for two weeks and later started hosting

Henry is a primary school teacher and a farmer. As he tells, they have all learnt so much from their experiences from the program. For Andrina, she is a blessing to the family. She is very social, interactive and all the children loved her and miss her a great deal now that they are off to boarding school. 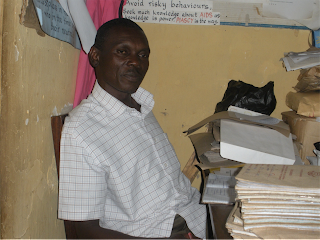 Kitamirike Henry at his school

They have described her as a very interactive person and a hard worker too. She likes to be part of the family by getting involved in the daily activities at home. She often helps in cooking, fetching water, feeding the animals and just about anything that needs to be done especially on weekends when she is not so busy with school.

Henry also plans to get her daughter involved at the school where he works because she has shown interest in being part of the community at large and contributing to it positively. Andrina personally has a big heart that desires to give back to society and reach out to people especially children, which her father wishes to nature.

Prudence's family
Ssentongo Robert and Jemimah host parents to Prudence have been part of the program for almost four years and they consider it to be a great experience.

Prudence has become a great part of the family as the mother tells, she is a very good daughter who fit in well and loves her sibling.  She is quick to learn, and has a big desire to try out just about anything. 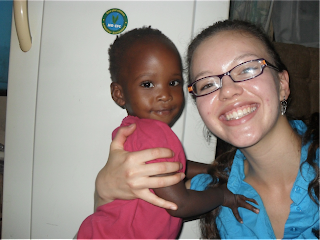 Prudence and her sister Rejoyce

The family goes to a Seventh day Adventist church and Prude is always around for that because Sunday is always a family day to spend time together.

Since she is very active and a quick learner, Prudence has been involved in so much at home. She likes to clean, has skills with cooking many meals at home and is always ready to help out in any way she can.

Jessi's family
Karungi Edith, host parent to Jessi who joined the program not so long ago also tells her story about how the semester has been for her. 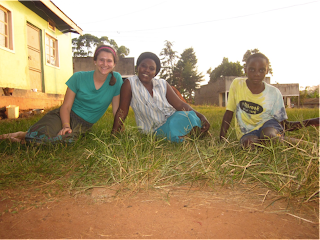 Jessi and her family

“I have enjoyed hosting and my family has learnt a lot and enjoyed the experience”. She is grateful to Jessi as an individual for having fit in well in the lifestyle that her and her family lives. Edith says that Jessi fits right in and has been very open about so many things, social and interactive, making it easy to create and build healthy relationships amongst them.
Jessi was very much involved with the family activities. She always loved to help out whenever she was around and it’s because of this that she learnt how to cook and especially peeling matooke, a very interesting experience for her! “We all love her and are very fond of her, she has taught us a lot about her culture and we have learnt a lot from her too,” Edith adds.

David's family
Rev. John Joseph Bumanye and his family have been part of the program for almost four years and have had the pleasure of hosting David. They have had a good experience as part of the program. They used to host girls until their mother passed away awhile back. However this semester been great for the family. 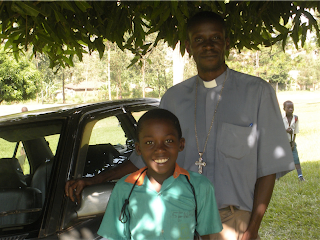 David is a very social and interactive person. He likes to make friends and is always ready to talk and hang out with everyone at home. Because there is more male company at home, it was easy for him to fit in, connect with the family and to get involved in so many things. “He learnt how to cook a couple of meals especially when it involves frying. He also knows and likes making chapatti”, the brother tells.

They all attended church at ST. Phillips and Andrews Cathedral where their dad is a reverend. It is an English Anglican service that David could easily relate to.  “It was a good thing that he never had any problems with any foods, he would eat and enjoy whatever the family was having”, Rev. Bumanye says.

His host brother wishes that he has to stay for a little longer because he especially misses the good times they had playing freeze during his stay at the house, his brother adds.

Jessica's family
Ssentongo, Harriet and Hezekiah are the host parents of Jessica. This is a family that has been part of the program for quite a long time and has gained a lot from it.
Jessica is described as a completely social person, despite her busy schedule with school she always manages to find time for her family. They all go ST. Phillips and Andrews Cathedral and Sundays are mainly bonding time and spending time with one another.
Making chapatti is one of those things she has enjoyed to do and to make several times. “We have cooked chapattis so many times, she is now an expert. It is always fun to do something together.” the brother tells. Goodbyes are always tough; they always carry with them and sadness, so it was when Jessica and her family took one of her host brothers to school in Entebbe. 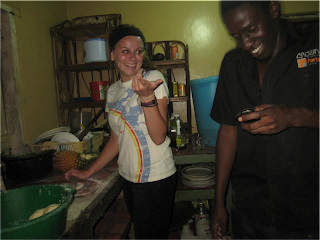 Jessica making chapattis with her brother

Dave's family
Mpooya, Martin and Esther are host parents to Dave. As they tell, being part of the program has brought them different experiences, different people and different situations but all of which are worth encountering. Because there are more males then females, the family has had a pleasure of having more boys than girls since they seem to fit in more. They all go ST. Phillips Cathedral for church every Sunday. 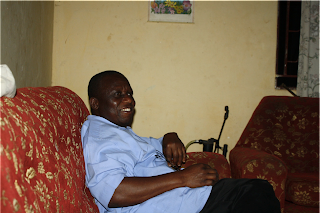 They have had lots of good moments while talking, as the brother tells. “There is one Saturday when we decided to take a walk to nowhere and ended up going swimming somewhere. We had a good time then.”

“We also like playing football on Saturdays when we are all home and free.” Dave is a very interactive person who never minds joining in anything that the family could be doing, as they all tell. “There is one time when he fixed an American meal for himself and I. I really liked that”, his brother adds.

Ashley's family
Kibanga Christopher and Florence, host parents to Ashley, were also very glad to share about their semester. Robert is also a primary school teacher in one of the schools in Mukono. He and his family have been part of the program for quite awhile now. They are happy to say that they have never have any problems but instead have learnt a lot from hosting students.

They too have had a good semester but especially they have enjoyed having Ashley as part of the family because of her love for children. “She loved the children very much and spent a lot of time with them. You could easily see that they connected very well and loved one another’s company. She actually promised to take them to school to see where she lives”, the mother tells. 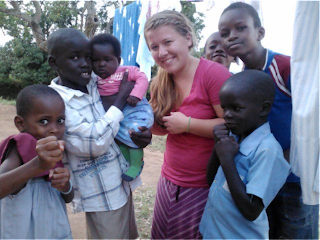 Ashley hanging out with the kids

Ashley liked to get involved at home, as the mother continues to tell.  “I was so surprised the first time l saw her clean dishes in the morning before she went to school. I later on realized that she’s just the kind of person who likes to be part of the family and that’s a great thing.”

Ashley was also very communicative. She would tell whenever she would be late for home from  school. It cleared any worries that could come incase she’s late. “It has been a great semester for us, we were happy to have her” the family tells. 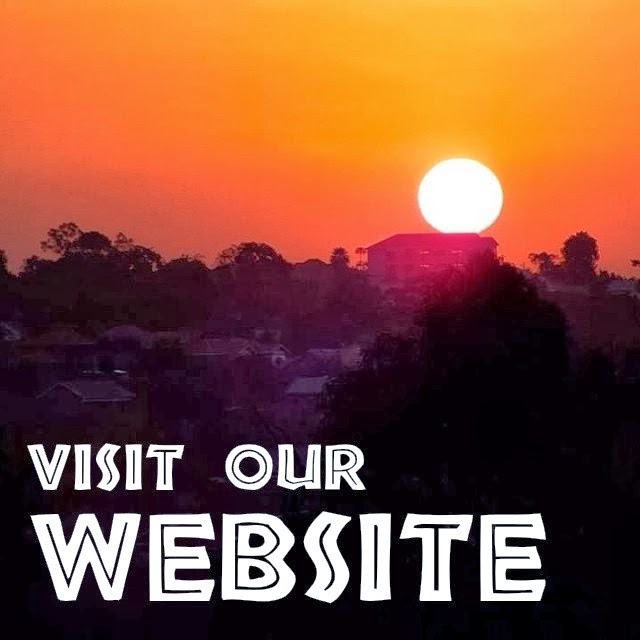